1907 Oil Painting of a Soldier

Claus Meyer was a German painter active during the turn of the 20th century. He is best known for his warm depictions of everyday life from the Medieval and Northern Renaissances periods, the 17th century, as well as his own time. The artist often returned to similar subjects, and painted intimate scenes such as Tavern gossip, which portrayed two seated men in a darkened interior speaking closely while smoking pipes. Born on November 20, 1856 in Linden, Germany, he studied under August von Kreling at the Nuremberg School of Art, and with Ludwig von Löfftz at the Munich Academy of Fine Arts. Meyer later went on to teach at the Karlsruhe Academy and the famed Düsseldorf Academy. Today, the artists work can be found in the collection of the Philadelphia Museum of Art. 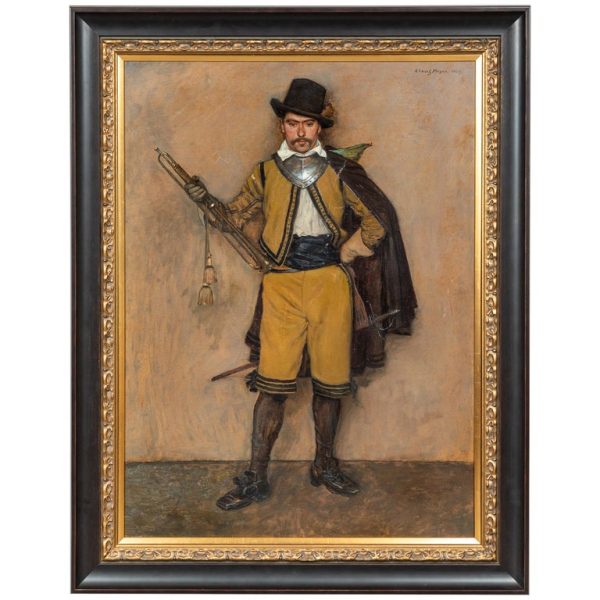 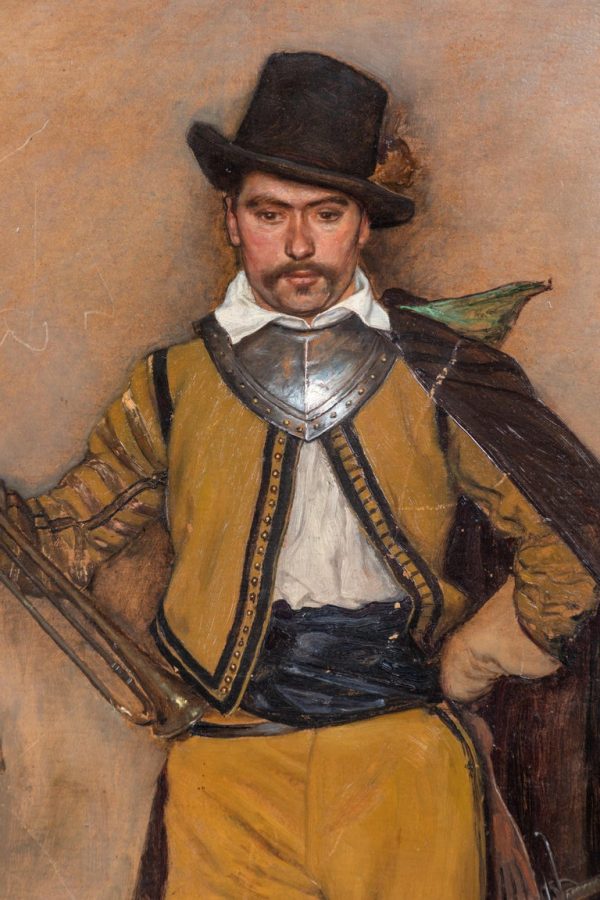 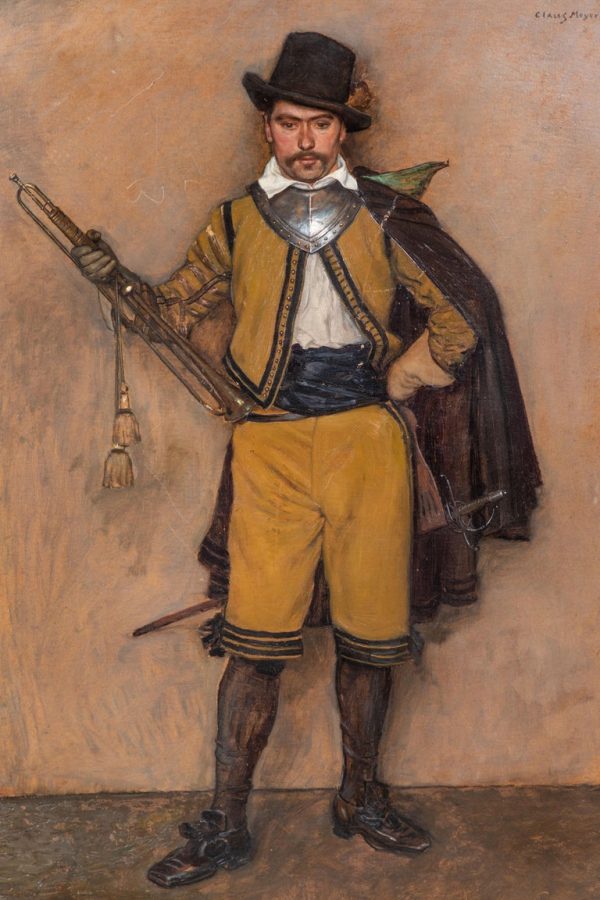 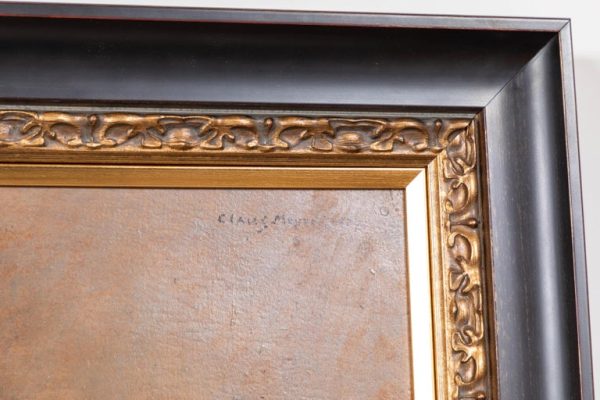 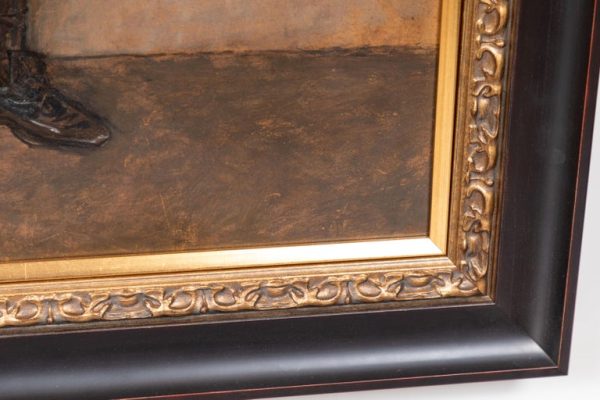 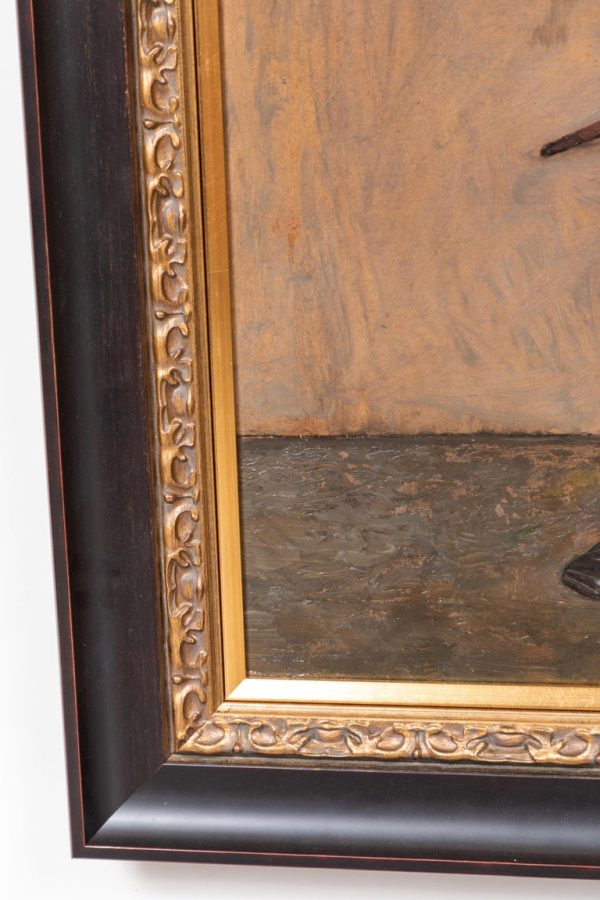 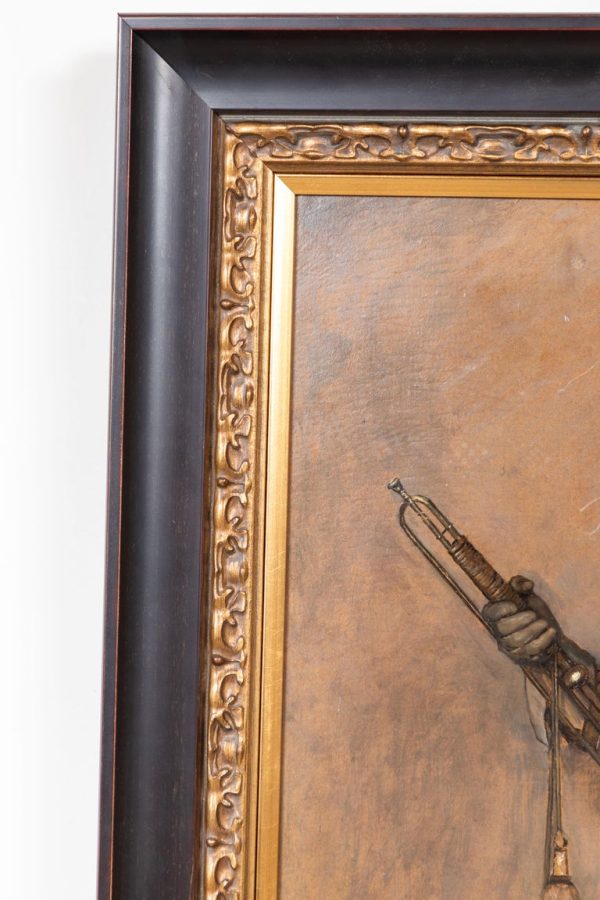