Large, Asian influenced, solid pink alabaster lamp with pierced, faux armatures, matching foot and finial. The whole atop a veneered, wood base. Made by the famed Los Angeles based, Marbro Co. which closed it's doors in the 1990.

From "Marbro Lamp Comapny History" by Jim Hoyle: "Marbro was well-known for importing a variety of unique lighting components from all-over the world. Italy was the source for alabaster... During the 1950s, Marbro sold to many very affluent customers including movie stars and others connected to the film industry. Their lamps were considered very exclusive and definitely high end for that period." 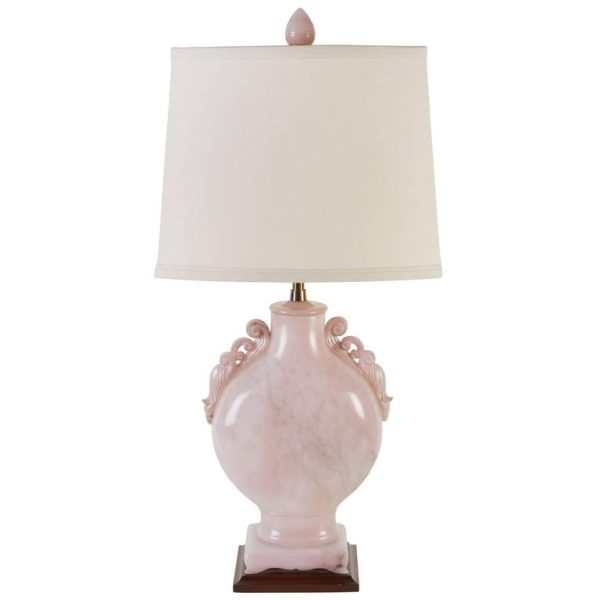 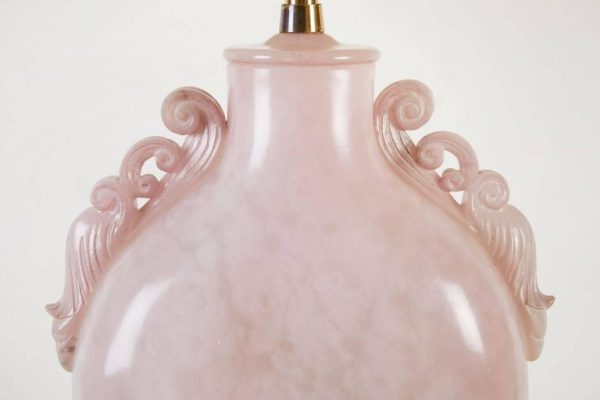 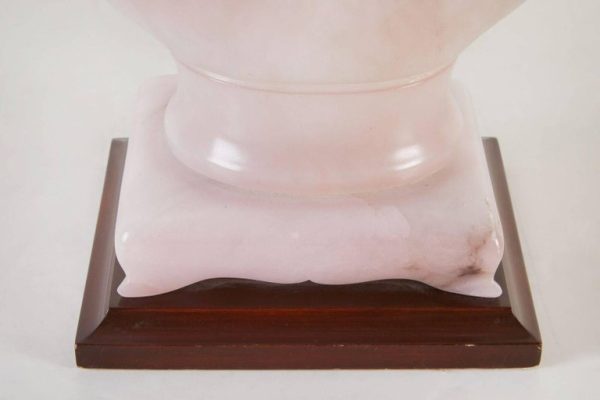 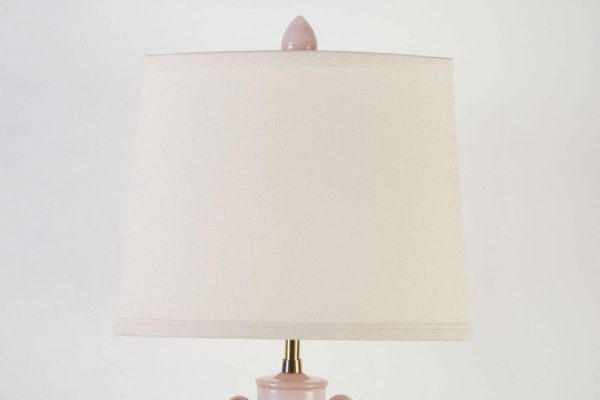