A vibrant, signed dated and numbered, mixed media piece by the iconic, American artist, Frank Stella: lithograph, linocut, and screen-print in colors with hand-coloring and collage, on wove paper collage by iconic. Titled "Had Gadya: Back Cover, From Illustrations After El Lissitzkys Had Gadya, 1982-1984". Published by Waddington Graphics, London. This piece: #44 of 60. The piece is floated on linen and held in a gold gilded frame. Framed dimensions: 65.75 in. High x 58.5 in. Wide x 3in. Deep

Frank Stella, an iconic figure of postwar American art, is considered the most influential painter of a generation that moved beyond Abstract Expressionism toward Minimalism. In his early work, Stella attempted to drain any external meaning or symbolism from painting, reducing his images to geometric form and eliminating illusionistic effects. His goal was to make paintings in which pictorial force came from materiality, not from symbolic meaning. He famously quipped, What you see is what you see, a statement that became the unofficial credo of Minimalist practice. In the 1980s and '90s, Stella turned away from Minimalism, adopting a more additive approach for a series of twisting, monumental, polychromatic metal wall reliefs and sculptures based on Herman Melvilles Moby Dick. 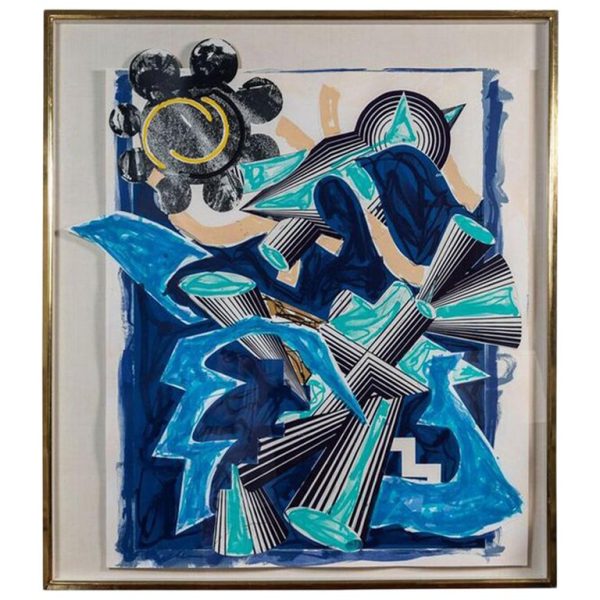 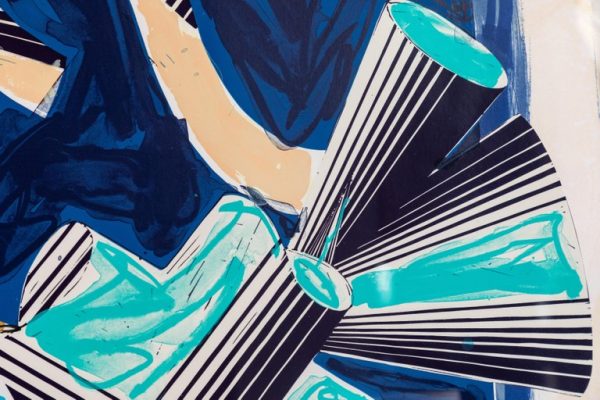 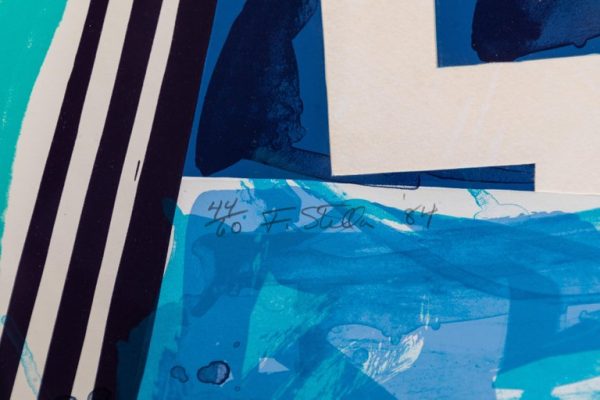 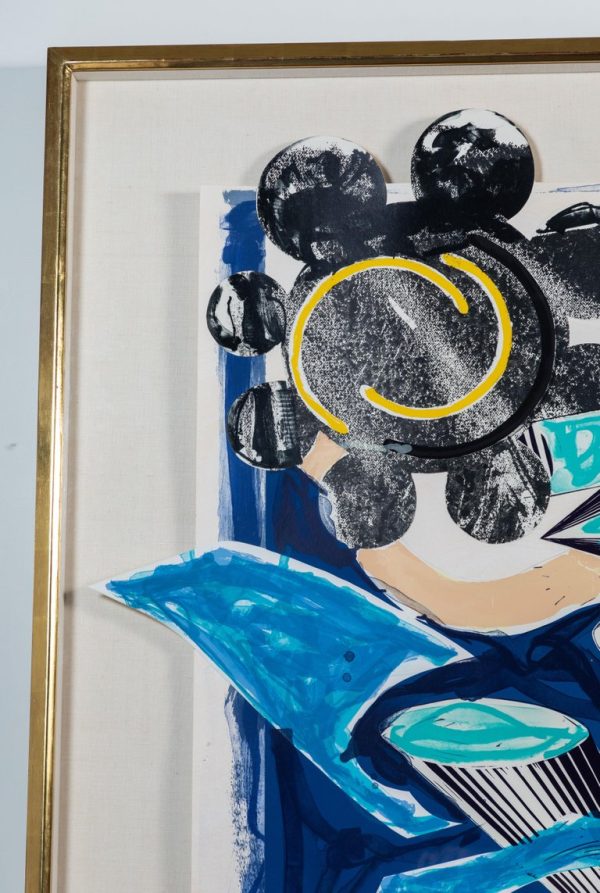