Italian, hand-carved, graceful Kwan sculpture in flowing robes. The figure stands on an octagonal, solid alabaster base and is mounted on a large, fluted, period, carved-wood column.

Scholars are still debating the origin of devotion to the female bodhisattva Kuan Yin (also know as Quan Shi Yin and Kwan Yin). Quan means to inquire or look deeply into, Shi means the people of the world as generations, Yin means cries. The Boddhisatva of Compassion inquires into the cries or suffering that is echoing through the generations. Kwan Yin is thought of as a feminine form of Avalokitesvara (Sanskrit), the Bodhisattva of Compassion. The worship of Avalokitesvara found its way to China in the third century.

Most scholars agree that the Lotus Sutra of 406 C.E. is our first point of reference to the female Goddess Kwan Yin. Kwan Yin was also conceptualized as male into the tenth century. During the eighth century Chinese T'ang Dynasty, Tantric Buddhism held the image of the celestial bodhisattva as a beautiful white-robed goddess and this became quite popular. By the ninth century there was a statue of Kuan Yin in every Chinese Buddhist monastery.

The depiction of a bodhisattva as both 'goddess' and 'god' is not inconsistent with Buddhist doctrine. In order to save sentient beings, a bodhisattva can and will embody in any form, be it male or female or animal, to effect the salvation. This saving by 'a variety of shapes' is described in the Lotus Sutra.

The Buddhist saint Miao Shan was a Chinese princess who lived in about 700 B.C. It is widely believed that the feminine form of Kuan Yin (Quan Shi Yin or Kwan Yin) was derived from her. During the twelfth century Buddhist monks settled on P'u-t'o Shan--the sacred island-mountain in the Chusan Archipelago off the coast of Chekiang where Miao Shan is said to have lived for nine years, healing and saving sailors from shipwreck--and devotion to Kuan Yin (Quan Shi Yin or Kwan Yin) spread throughout northern China. 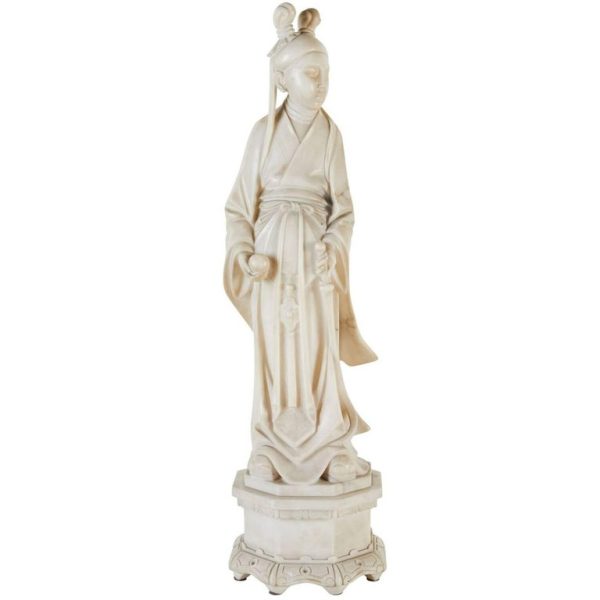 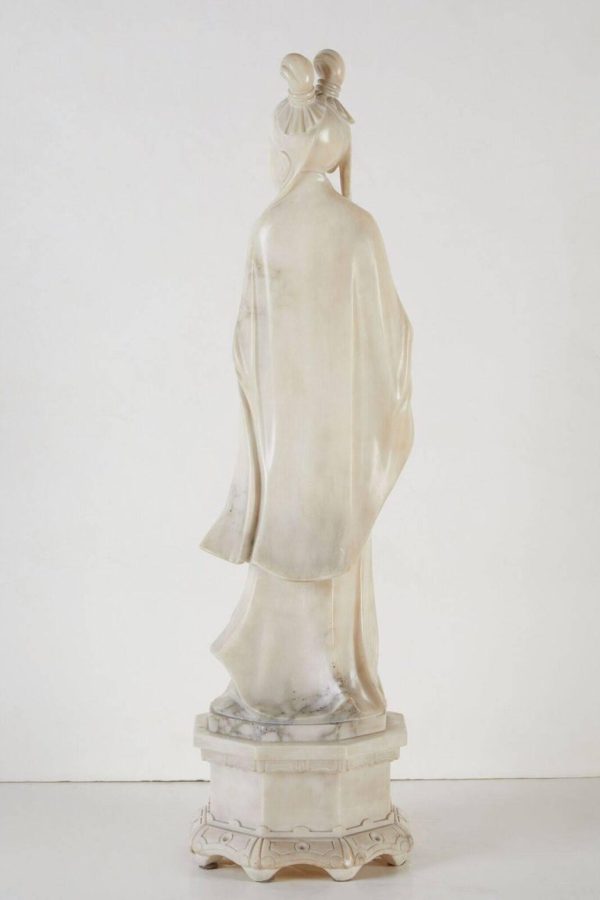 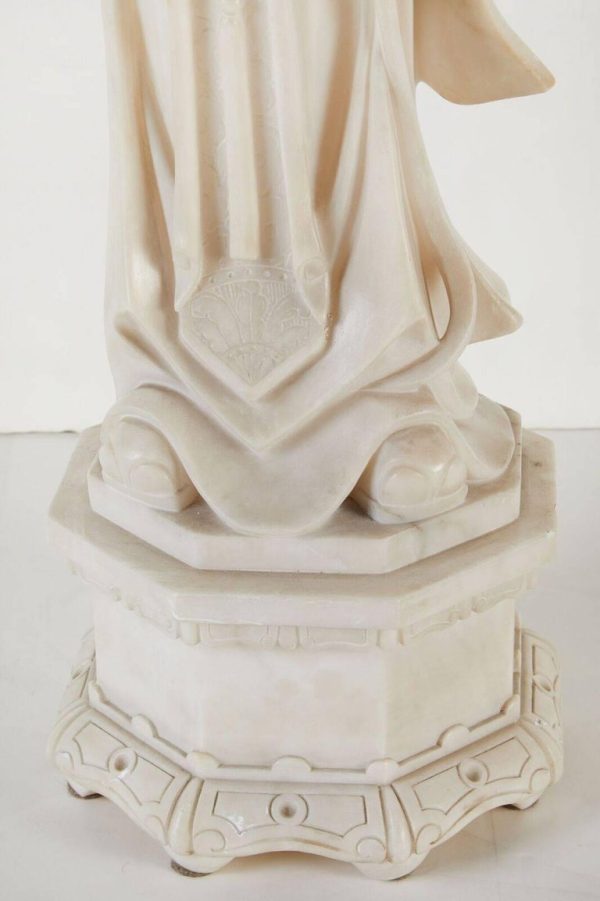